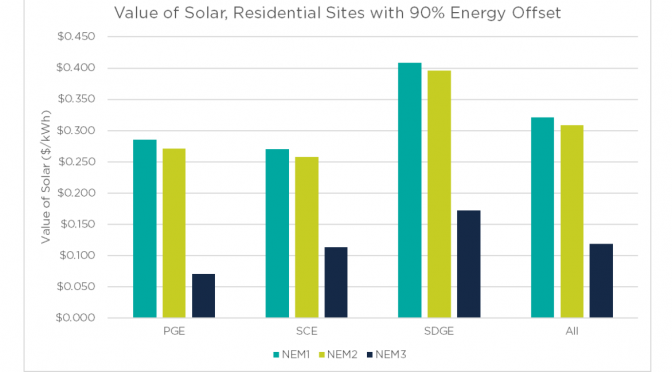 OWOE Staff: California tends to be a polarizing state. As the most populous US state and what would be the 5th largest economy in the world if it were a country, as the home of the television and movie industry, as the home to Silicon Valley with its technology leaders and billionaires, and as the home base to many environmental organizations, it has always been a trendsetter. In the battle against climate change, California has been a leader. It is the #1 state for installed cumulative solar electrical capacity by a factor of about 3 over the #2 state (Texas). It has the highest volume of Electric Vehicles owned of any state by a factor of about 7 over the #2 state (Florida). It has required higher vehicle emission standards than the rest of the US since the 1970 Clean Air Act. It has set a goal of 100% clean electric power by 2045. It has banned the sales of new gasoline powered automobiles by 2035 and is moving toward accelerating that to 2030. Progressives and those concerned about the health of the planet love these programs. Conservatives and those beholden to the fossil fuel industry hate these programs. But, suddenly, California is making a move against residential rooftop solar power as in Florida, where utilities argue that rooftop residential solar affects their business model. That’s correct; suddenly California is limiting the ability of its residents to achieve both energy independence and greatly reduce the State’s overall carbon footprint.

END_OF_DOCUMENT_TOKEN_TO_BE_REPLACED

As another example of the complexities of energy in today’s world, we have the latest controversy surrounding Renewable Energy Credits, (RECs – pronounced “wrecks”). A REC is a financial tool in the form of a certificate that represents the generation of one megawatt-hour of electricity from a renewable energy source. RECs are not tied to the physical delivery of electricity and can be bought and sold on the open market. For example, a utility that has been mandated to generate a minimum level of electricity from renewable sources can buy RECs as oppose

d to developing their own sources or purchasing green power from another provider. A company that produces renewable power earns RECs and can then sell them. The benefit to the purchaser is to be able to take credit for the green power and meet their commitments at an acceptable cost, while the benefit to the seller is receiving income to offset the cost of their investment. END_OF_DOCUMENT_TOKEN_TO_BE_REPLACED

Our World of Energy is proud to introduce Alyssa Parr to our website visitors as our Higher Education Contributor. Alyssa is an architecture student and solar energy enthusiast studying at Cal Poly San Luis Obispo and has co-led Solar Cal Poly, a multidisciplinary team designing and constructing INhouse, a net-zero home for the Solar Decathlon 2015. The following is her first guest blog for OWOE, and we hope to be hearing much more from her in the future. As human beings, everything we encounter and experience grows from the sun’s energy. Similar to how plants receive nourishment from the sun through photosynthesis, solar photovoltaic power converts the sun’s direct current (DC) to alternating current (AC) to provide electric energy. Imagine a gathering of thousands of humans — inventors, entrepreneurs, investors, policy-makers, and enthusiasts — in which the ultimate goal is to transition our planet toward clean energy through solar power.

The Solar Power International (SPI) Conference was held in Anaheim, CA from September 14-17. Billed as the largest solar trade show in the nation, SPI had approximately 15,000 attendees and over 600 exhibitors. The solar power industry has had two outstanding years in 2014 and to date in 2015, and the conference reflected the energy and excitement of  a vibrant and growing industry. Walking around in the exhibit hall, one could definitely feel the energy both from the attendees and exhibitors.   For anyone who hadn’t been exposed to what happens behind-the-scenes to convert sunlight into electricity, the show would have been an eye-opener. From the tiniest electrical switch or solar photo-voltaic cell manufacturers, to product distributors  and installers, to technology integrators, to engineering and construction companies, to financial institutions, to industry advocacy groups and support organizations, the range of products and number of companies and individuals are truly impressive. Although the mood of the conference was definitely upbeat, it was clear, when you dug a bit deeper, that the industry has a number of significant challenges ahead. END_OF_DOCUMENT_TOKEN_TO_BE_REPLACED

In an announcement made on September 8th, Luminant has agreed to buy 116 megawatts  of solar power from SunEdison’s new 800-acre Castle Gap solar facility in West Texas. Luminant is the largest generator of electricity in Texas and had total generating capacity at the end of 2014 of 15.4 GW, including coal, nuclear, and natural gas powered electrical generating plants. Total generation for 2014 was approximately 75% from coal and 25% from nuclear. Luminant is also one of the largest utility purchasers of wind power in the United States with approximately 700 MW of wind power under contract in 2014. END_OF_DOCUMENT_TOKEN_TO_BE_REPLACED

The past several months have brought a number of very positive announcements concerning new, utility scale, solar projects in three different Western states. Just yesterday SunEdison Inc. announced that it has begun construction on the 156-megawatt Comanche solar farm in Colorado, which will be the largest in the state. It will deliver power to Excel Energy Inc.’s Public Service of Colorado utility under a 25-year agreement. The plant will help Colorado meet its requirement per 2010 law that investor-owned utilities get 30 percent of their power from renewable sources by 2020.

This announcement comes on the heels of two other solar project announcements in July: 1) start of construction on the 137 megawatt (MW) Springbok 1 Solar project about 70 miles north of Los Angeles, and 2) signing by SunPower of a 20-year Power Purchase Agreement (PPA) with NV Energy in Nevada to build a 100 MW solar PV power plant near Boulder City, Nevada.

On July 16th the California Independent System Operator Corp. (ISO) became the first electrical grid operator in the US to approve small distributed electrical generation sources, such as roof top solar, energy storage and plug-in vehicles, to be bundled together in order to compete in the wholesale electricity market in the state.  What this means is that small system owners, who previously had no influence on the price they could get for excess electricity production, can now join together and compete in the open market if, in the aggregate, they meet a 0.5 MW generation threshold. “With the rapidly evolving grid and quantum growth in distributed generation, this framework for integrating smaller renewable resources onto the high voltage grid demonstrates a significant step in re-designing our energy future with lower carbon emissions and helping California meet its clean energy goals,” said ISO President and CEO Steve Berberich. “This proposal encourages innovation and entrepreneurs to explore opportunities within the wholesale market by combining resources that individually would be too small to participate on their own.”

The proposal approved by the board outlines how these energy resources aggregations would be metered and how scheduling coordinators will interact with the ISO through a single point of contact; however, detailed processes to implement the proposal still need to be developed and approved by the Federal Energy Regulatory Commission (FERC).

Solar power and desalination have typically been employed separately, with solar power converting the sun’s energy into electricity and desalination removing unwanted minerals from saltwater so it can be used for drinking or agriculture. WaterFX, a San Francisco-based water producer, has found a way to merge the two technologies and plans to build California’s first commercial solar desalination plant. The plant will be located in the Central Valley, where sunshine is plentiful, and will ultimately generate up to 5,000 acre-feet, or 1.6 billion gallons, of clean water per year — enough water for 10,000 homes or 2,000 acres of cropland. It will turn unusable irrigation water from a 7,000-acre drainage area into freshwater by removing unwanted mineral and salts.

The system uses heat generated from parabolic solar panels to evaporate clean water out of the original source water. The condensate is then recovered as pure water at over 90 percent efficiency. When the sun isn’t shining, thermal heat storage allows the process to continue.

The implications are far-reaching. In a state that has endured 4 years of drought, agriculture accounts for 80 percent of water used and results in an estimated one million acre-feet of irrigation drainage that could be treated and reused if solar desalination catches on.

For more information, see Climate Progress “Have You Heard of Solar Desalination?”.

Solar power’s contribution to the United States’ energy mix comes in two primary forms: 1) utility scale solar such as the recently completed Ivanpah and Crescent Dunes power generating stations which supply power to the existing electrical grid and which is indistinguishable from electricity generated by other fuel sources, and 2) distributed solar from rooftop solar systems or community solar gardens which is primarily used for local houses or businesses that have installed the system. Although both forms of power generation are growing at rapid rates, industry experts see distributed solar as having the greatest potential. END_OF_DOCUMENT_TOKEN_TO_BE_REPLACED