This is a test message!
cool-tech
15
Home
Energy Categories 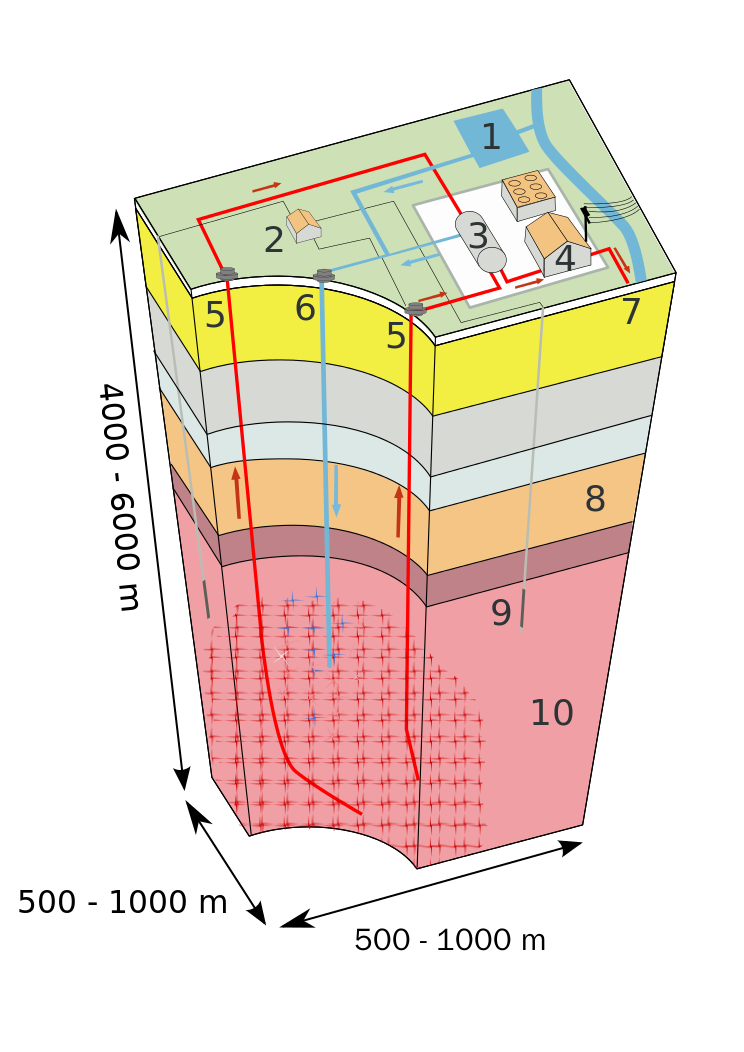 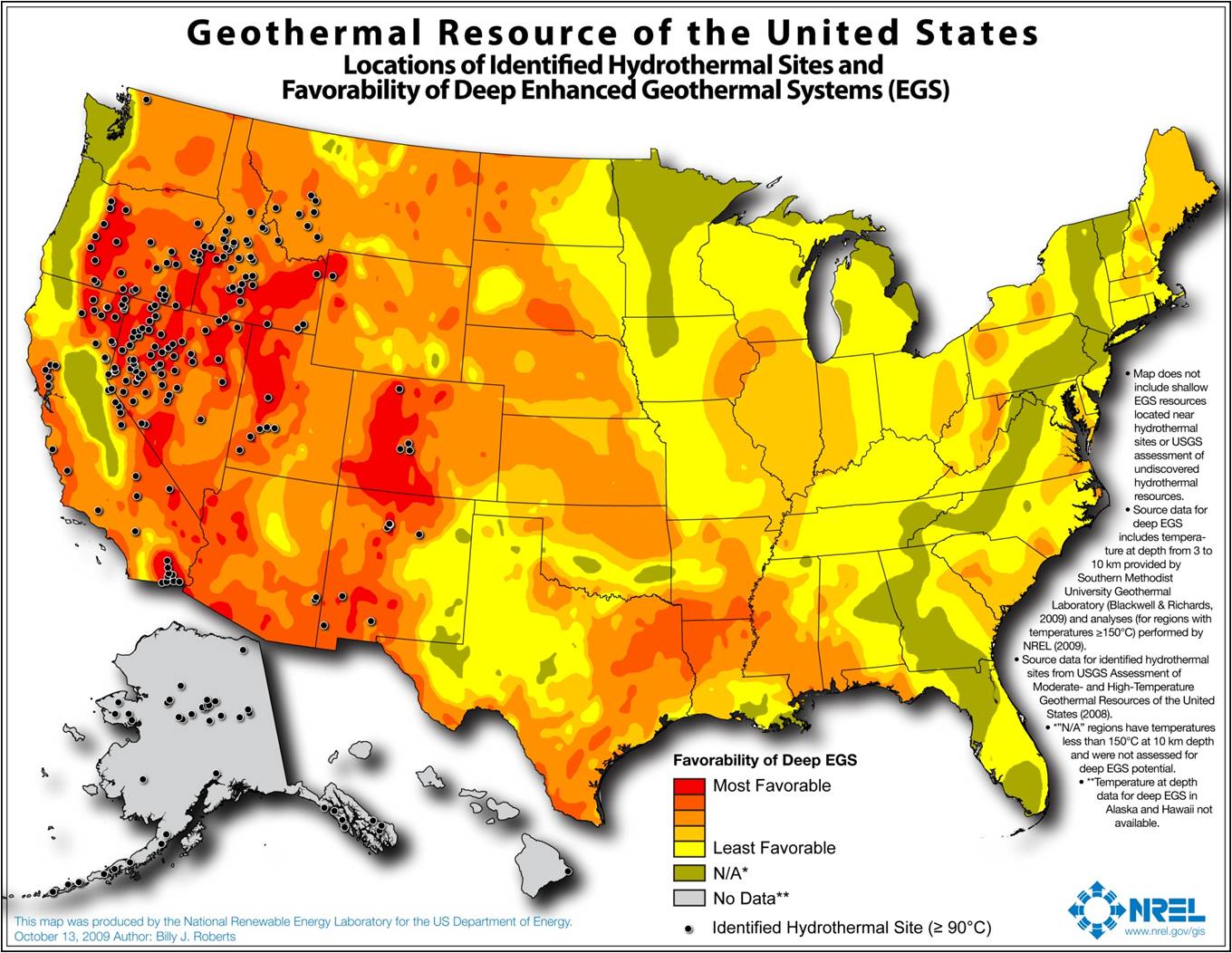 
Conventional geothermal technology requires the right combination of rock temperature, a water/steam source, and rock that is permeable enough for the water/steam to flow into the extraction well. There are relatively few locations where combination of these features are adequate for large-scale power generation. However, new technology in the form of Enhanced Geothermal Systems (EGS) provides the opportunity for essentially unlimited power. All that is required is hot rock. EGS uses a technique called "hydro-shearing", which is similar to "hydraulic fracturing" used in the oil business. High-pressure water is injected down a well and into the rock, which fractures the rock and increases permeability. Water travels through fractures in the rock, capturing the rock's heat until forced out of a second borehole as very hot water. After extracting the energy using normal geothermal technology, all of the water is injected back into the ground to heat up again in a continuous closed loop. EGS systems are currently being developed and tested around the world. Figure 1 illustrates the key components of an EGS system. 1:Reservoir; 2:Pump house; 3:Heat exchanger; 4:Turbine hall; 5:Production well; 6:Injection well; 7:Hot water out; 8:Porous sediments; 9:Observation well; 10:Crystalline bedrock

At the forefront of EGS development in the US is AltaRock Energy, which was formed in 2007 to exploit advanced geothermal opportunities. In 2015 AltaRock acquired an under-performing geothermal plant, Blue Mountain Faulkner 1 near Fallon, NV (see Figure 2). Blue Mountain is a binary-cycle project using hot water from the well to heat a secondary fluid, rather than steam, to make a gas that turns a turbine. The project, designed for 50 MW of production, went into service in 2009. However, Blue Mountain never performed as expected, and declining production temperatures and limited injectivity hac reduced production to 29 MW with further drops anticipated.

AltaRock had demonstrated the value of its "hydro-shearing" technology at a demonstration project at Newberry Geothermal Project near Bend, Ore., in 2012. After taking over Blue Mountain, AltaRock has halted the decline in temperature in the Blue Mountain well and boosted the plant's capacity back to 40 MW. The company expects to bring the project back to its full 50-MW design capacity.

Figure 3 shows the geothermal resources in the US based on reaching rock at 150 deg Celsius at well depths up to 10 km. A 2006 study by MIT concluded that the US could add geothermal electrical generating capacity of 100 GW by 2050, or about 10% of total capacity) by aggressive implementaiton of EGS.


MITEI "Is the Newberry Volcano Enhanced Geothermal Project the most important power plant in the country?" (Nov 6, 2015)

Try an OWOE eTool!
Solar panel and wind turbine power calculator
Determine the amount of energy produced by a solar panel or a wind turbine anywhere in the world.
Wind and Solar Data Visualizations
A series visualizations that show such things as capacity, LCoE and PPA prices for utility scale solar and wind installations across the US.
Google's Project Sunroof
Visit Google's Project Sunroof web site to get a quick and easy estimate of your house's potential for solar roof panels.