This is a test message!
cool-tech
7
Home
Energy Categories 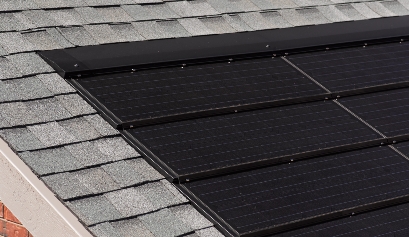 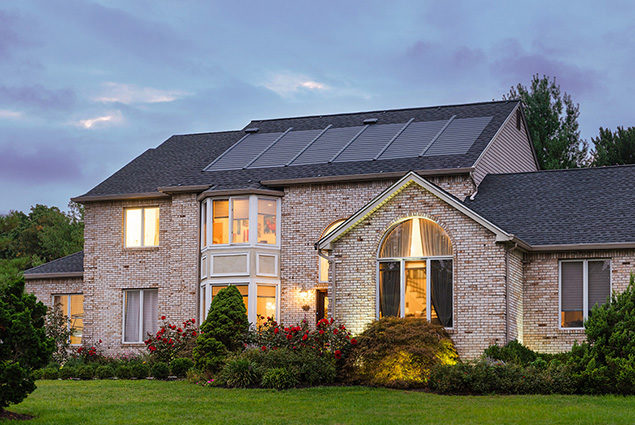 
For those who don't appreciate the appearance of a rack of photovoltaic solar panels, there are now a number of options for solar roof shingles. Solar shingles are photovoltaic modules that have the size and general appearance of traditional roof shingles but capture sunlight and transform it into electricity. There are several varieties of solar shingles, including shingle-sized solid panels that take the place of a number of conventional shingles in a strip, semi-rigid designs containing several silicon solar cells that are sized more like conventional shingles, and newer systems using various thin film solar cell technologies that match conventional shingles both in size and flexibility. Different models have different mounting requirements. Some can be applied directly onto roofing felt intermixed with regular asphalt shingles while others may need special installation.

In 2016 Tesla, after their aquisition of Solar City, announced their line of glass solar tiles, which have the potential to be a game-changer in the industry. The Tesla solar roof tiles will come in four styles: a conventional black roof shingle (Figure 1), a slate roof tile with individual tiles that vary slightly in shade, a curved terracotta roofing tile (Figure 2) that matches the Mediterranean home style, and a modern looking textured glass tile. These tiles are visually appealing and likely to add to the value of a home beyond the benefits of free electricity. However, since a Tesla roof requires the entire roof be made from their product, it can be very costly if one isn't looking for a new roof. Other manufacturers offer products that can blend in with existing roof, such as CertainTeed's Apollo-II (Figure 3) and GAF Energy's Timberline Solar (Figure 4). A smaller manufacturer, Luma Resources, offers a unique shingle designed for steep sloped roofing applications. (See Video)

The cost of solar roof shingles remains higher than that of conventional solar roof panels; however, that cost is also decreasing rapidly along with all other solar power products.

Try an OWOE eTool!
How the US generates electricity

Interactive map of the US that shows each power plant by size and type of generation.
Beyond Tailpipe Calculator