This is a test message!
electrical-power-generation
5
Home
Energy Categories

Blog
About Us
Privacy Policy
Contact Us
OWOE - Electrical Power Generation - How many electrical grids are there in the US?
Figure 1 - The National Power Grid (EIA)

Figure 1 - The National Power Grid (EIA)
How many electrical grids are there in the US?


There is no single national power grid in the United States, and the current grid system has evolved significantly over time. Around the beginning of the 20th century, there were over 4,000 individual electric utilities. Almost all of them used low-voltage, direct current connections from nearby generating power plants. The power industry soon began to favor the adoption of alternating current (AC) technology, which can transmit electricity over longer distances than direct current. This allowed the industry to build larger power plants at greater distance from the users.

As the demand for electricity grew, utilities began to interconnect their transmission systems. This allowed them to build larger plants, share in the cost of transmission infrastructure, and minimize the amount of extra capacity that each utility had to hold in reserve to ensure reliable service. Growing demand and the accompanying need for new power plants provided an increasing need for higher voltage interconnections to transport the additional power longer distances.

What ultimately evolved to today's grid system in the continental US were three power grids: (1) the Eastern Interconnection (generally for states east of the Rocky Mountains), (2) the Western Interconnection (from the Pacific Ocean to the Rocky Mountain states), and (3) the Texas Interconnected System. While each grid operates independently, all are interconnected and can transfer a limited amount of power in case of emergency. Major areas in Canada are interconnected with the western and eastern power grids, while parts of Mexico have limited connections to the Texas and the western power grids.(See Figure 1) Several electrical systems cover areas in Alaska and Hawaii, i.e., each Hawaiian Island has its own grid.


EIA "What is the electric power grid and what are some challenges it faces?" 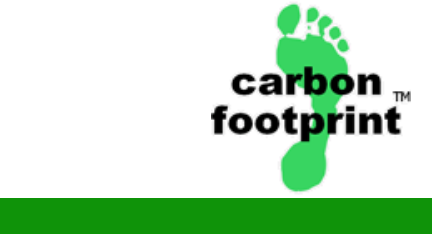 To find out the climate impact of what you eat and drink, choose from one of the 34 items in the calculator and pick how often you have it.
Beyond Tailpipe Calculator