This is a test message!
nuclear-power
11
Home
Energy Categories 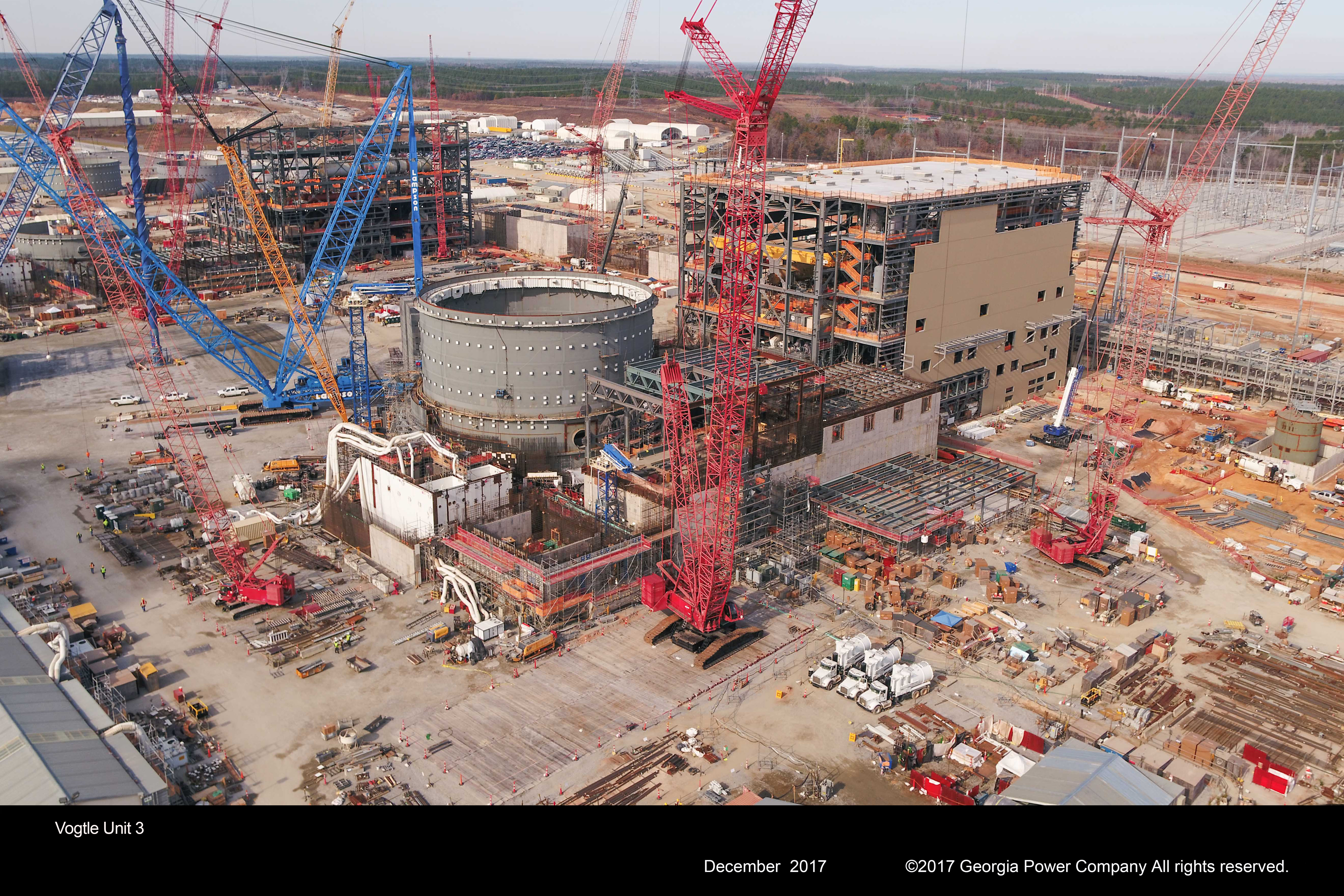 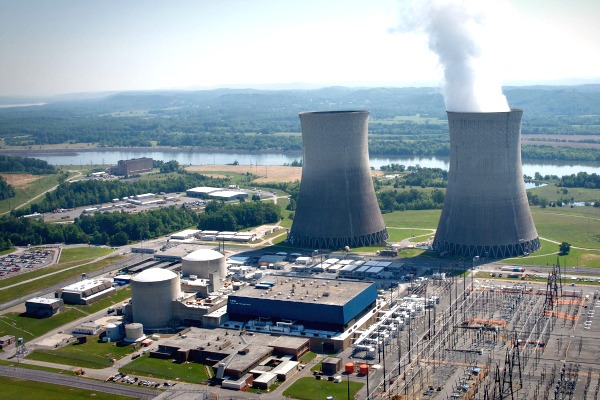 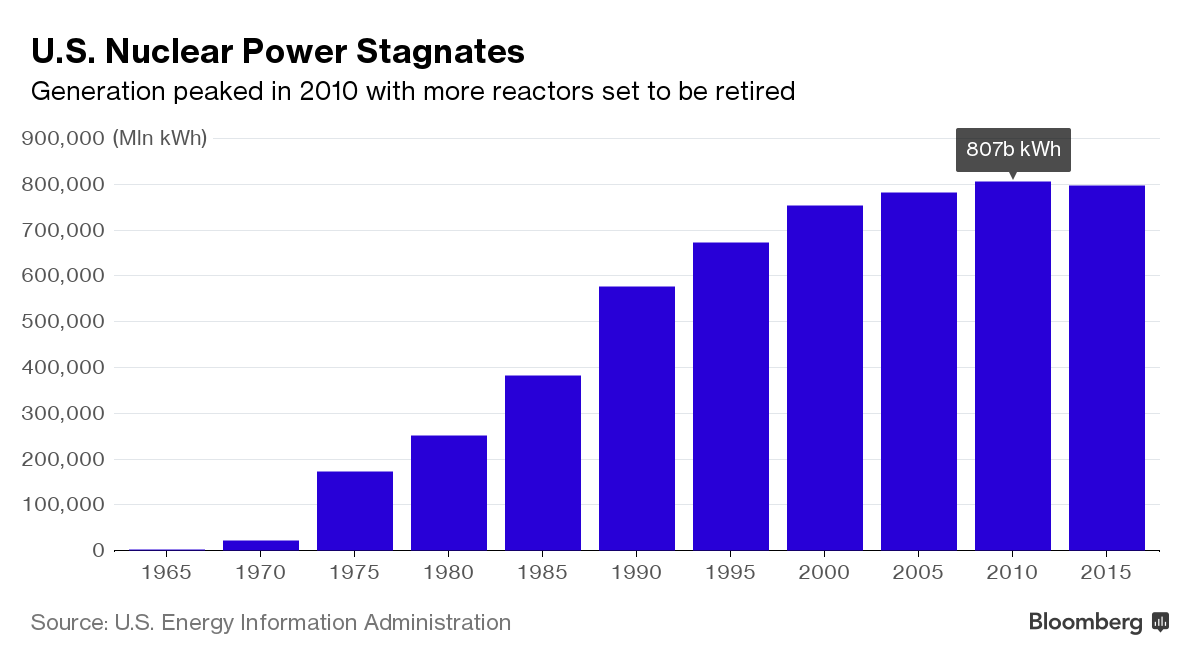 
The nuclear power industry in the United States has had a history of wild swings from optimism to pessimism to fatalism. After the first wave of over 100 nuclear reactors that were planned in the 1960's and 1970's was completed, there has been a span of 2 decades without a new reactor being built. Then, starting in the early 2000's, a new feeling of optimism arose as the nuclear industry, electric utilities, the US government, and even some environmental organizations realized that nuclear power could be the solution to the world's global warming problem. And with the high cost of fossil fuel (at a time before hydraulic fracturing technology drove natural gas prices to historic lows), most in the industry believed that new nuclear plants could be built quickly and be cost competitive with other new power sources. These plants would incorporate new technology and advanced safety features, would be governed under new streamlined government regulations to avoid costly design changes mid-construction, would apply lessons learned during construction of the earlier plants, and would have access to competitive financing with federal loan guarantees. There were four fundamentals behind this belief:
This was considered the beginning of the "nuclear renaissance". Between 2007 and 2009, 13 companies applied to the NRC for construction and operating licenses to build 31 new nuclear power reactors in the US. It appeared that the nuclear renaissance was real.

The anticipated boom started off on a positive note with two projects receiving US Department of Energy loan guarantees under the new regulations - Southern Company's Plant Vogtle (2 units) in Georgia and SCANA's Virgil C Summer (2 units) in South Carolina. The same plant design and equipment (AP1000 by Westinghouse) and general contractor (the Shaw Group) were contracted for both Vogtle and Summer, which was expected to provide consistency and savings due to economies of scale. For example. Shaw only needed to establish one pre-fabrication facility to provide modules for both projects.

Site preparation work began in 2009 on the two projects. Despite some early optimism and construction progress, the first few years of construction showed that expectations were too lofty, and both projects experienced significant cost overruns and schedule delays. The first major execution change came in July 2012 when CB&I acquired Shaw and took over construction management. Then in October 2015, when faced with further cost and schedule impacts, Westinghouse acquired CB&I to better control and manage construction. The cost estimates for the new reactors at Plant Vogtle had increased from the initial estimate of $6.1 billion to approximately $7.5 billion each, and commercial operation dates slipped by 3 years to 2019 and 2020. The VC Summer reactors' cost increased from $9.8 billion to approximately $14 billion in total, and schedule also slipped by 3 years. In February 2017 Toshiba, the parent company of Westinghouse, announced that it was writing down $6.3 billion of value attributed to Westinghouse based on performance of the two projects, followed quickly in March 2017 with Westinghouse filng for bankruptcy.

Although Toshiba committed to reimbursing the plant owners many billions of dollars to finish the projects, even the illusion of a price guarantee to protect shareholders and customers was gone. In July 2017 VC Summer was cancelled, and all eyes were on the last of the new projects, Plant Vogtle. In a move that surprised many, Southern Company decided to continue with Vogtle, and the Georgia Public Service Commission approved the plan in December 2017. Vogtle also benefitted from a larger cash settlement from Toshiba as well as larger DOE loan guarantees.

As of May 2021, the first reactor is quoted at 98% complete with the latest total cost estimated at $26 billion vs. the $14 billion approved in 2012, i.e., almost a factor of 2. Commercial power generation is expected in 2022 for a total construction duration of 13 years vs. the 7 years originally envisioned, again, almost a factor of 2.

Although not dead, the nuclear renaissance appears to be on life support. The industry didn't have too high a bar to clear for these projects to improve on the earlier wave of nuclear projects, but the history of the 1970s and 1980s appears to have been re-lived. The irony of the situation is that the only new nuclear reactor to come online to date during the nuclear renaissance is Watts Bar 2 unit (Figure 2), on which construction actually started in 1974 before it was mothballed.

As a result of the closures of older plants and lack of new units, nuclear power generation in the US reached a peak in 2010 and has since been declining (Figure 3). See also "OWOE Topic: How many nuclear reactors are there in the United States?"

Back To
Nuclear Power

Interactive tool that shows how city climates will change by the year 2050.
US Wind Turbine Database