This is a test message!
other-renewables-energy
11
Home
Energy Categories 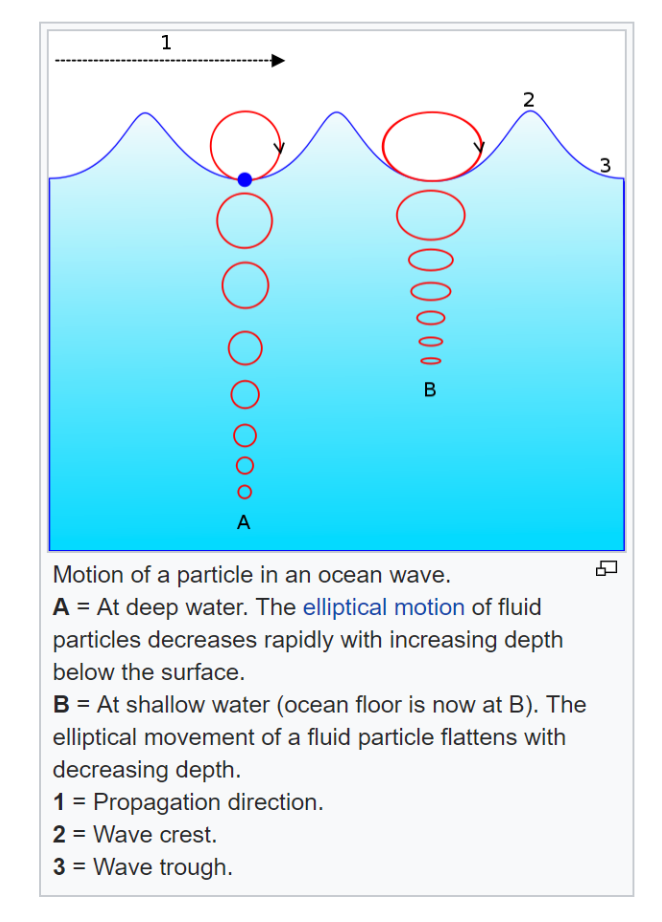 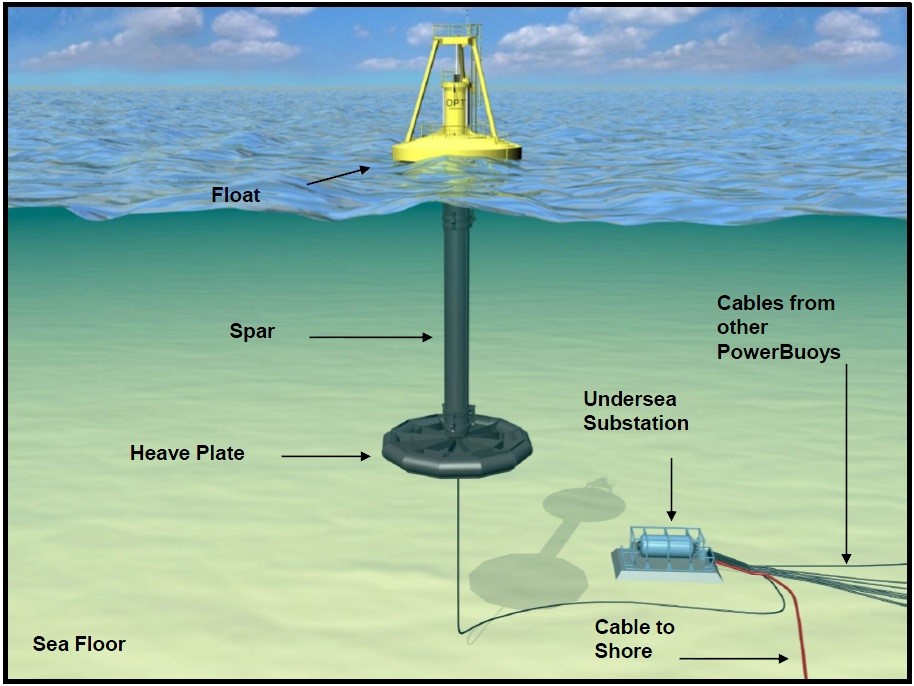 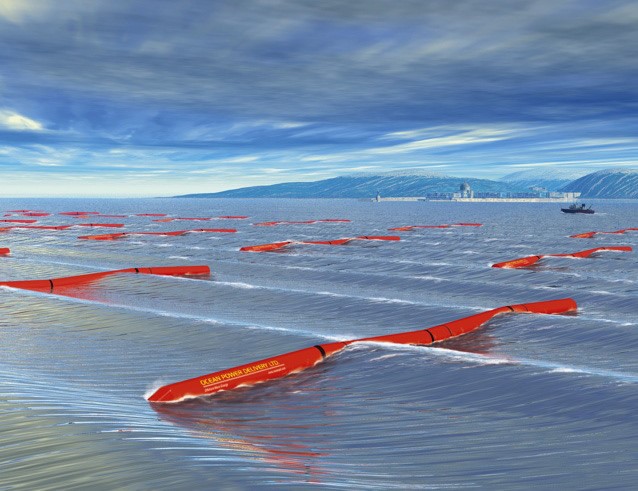 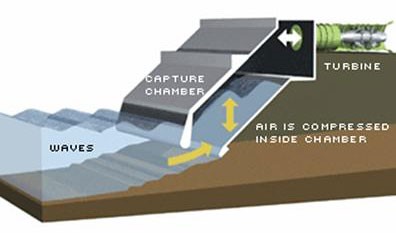 
The energy that is present in ocean waves can be used to generate electricity that is renewable and free of harmful emissions. Wave power derives from the combination of kinetic energy in the wave (water particle motion) and potential energy (particle elevation). A propagating wave causes water particles to move in an elliptical motion (Figure 1), and this motion can be converted to energy using a variety of mechanical devices. The amount of energy that can theoretically be generated is a function of wave height (elevation difference between crest and trough), wave period (time for the wave to propagate the distance between two crests), and water density.

For an ocean wave height of 3 m (10 ft) wave energy density would be around 36 kW/m (11 kW/ft) of wave crest. Although wave power is less intermittent than wind or solar power, it is still variable. It varies from year to year and from season to season, with energy density in winter a factor of 2 or more times that in the summer (in the northern hemisphere). This provides an interesting synergy for power generation between wave power that peaks in the winter and solar power that peaks in the summer.

Because of this variability, one typically refers to the average annual power density of waves at a particular location. A (2005 study by EPRI) (Electric Power Research Institute, Inc) determined that the average annual power density in six states studied ranged from 4.9 kW/m (Maine) to 26.5 KW/m (Washington). Extrapolating to the rest of the country, EPRI estimated the total available energy from US coastal waters to be approximately 2,100 TWh/yr. This compares to approximately 3,800 TWh of total electricity consumed in the US in 2017. If industry could harness 25% of that potential at a 50% conversion efficiency, the electricity provided by wave power would be comparable to that generated by hydroelectric power.

There are five main types of mechanical devices that can capture wave energy: The primary disadvantage to wave energy is cost. Although the EPRI report painted a positive picture for the resource in 2005, there has been relatively little technology development (compared to wind and solar power) since then. The best currently operating wave power generation facility is producing electricity for about 7.5 cents/KWh per the Ocean Energy Council while new onshore wind averages 4.8 cents/KWh and solar photovoltaic averages 5.9 cents/KWh per the US Energy Information Association (EIA).

Although there has been concern expressed about aesthetics, impact to marine life and ocean use, EPRI concluded that, given proper care in site planning and early dialogue with local stakeholders, offshore wave power promises to be one of the most environmentally benign electrical generation technologies.

An electric car guide from PG&E to estimate and compare costs, savings, EV incentives, and more.
Energy Calculators
From gallons to British thermal units (Btu), kilowatthours to megajoules - this handy calculator converts from one energy unit to another.
How the US generates electricity