This is a test message!
other-renewables-energy
2
Home
Energy Categories 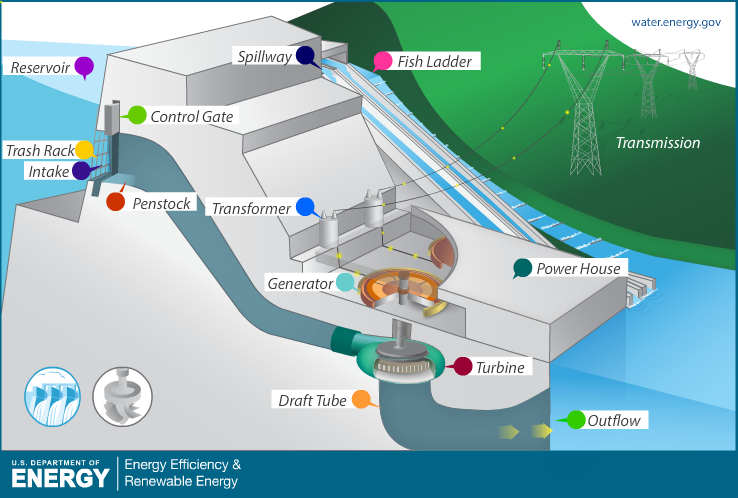 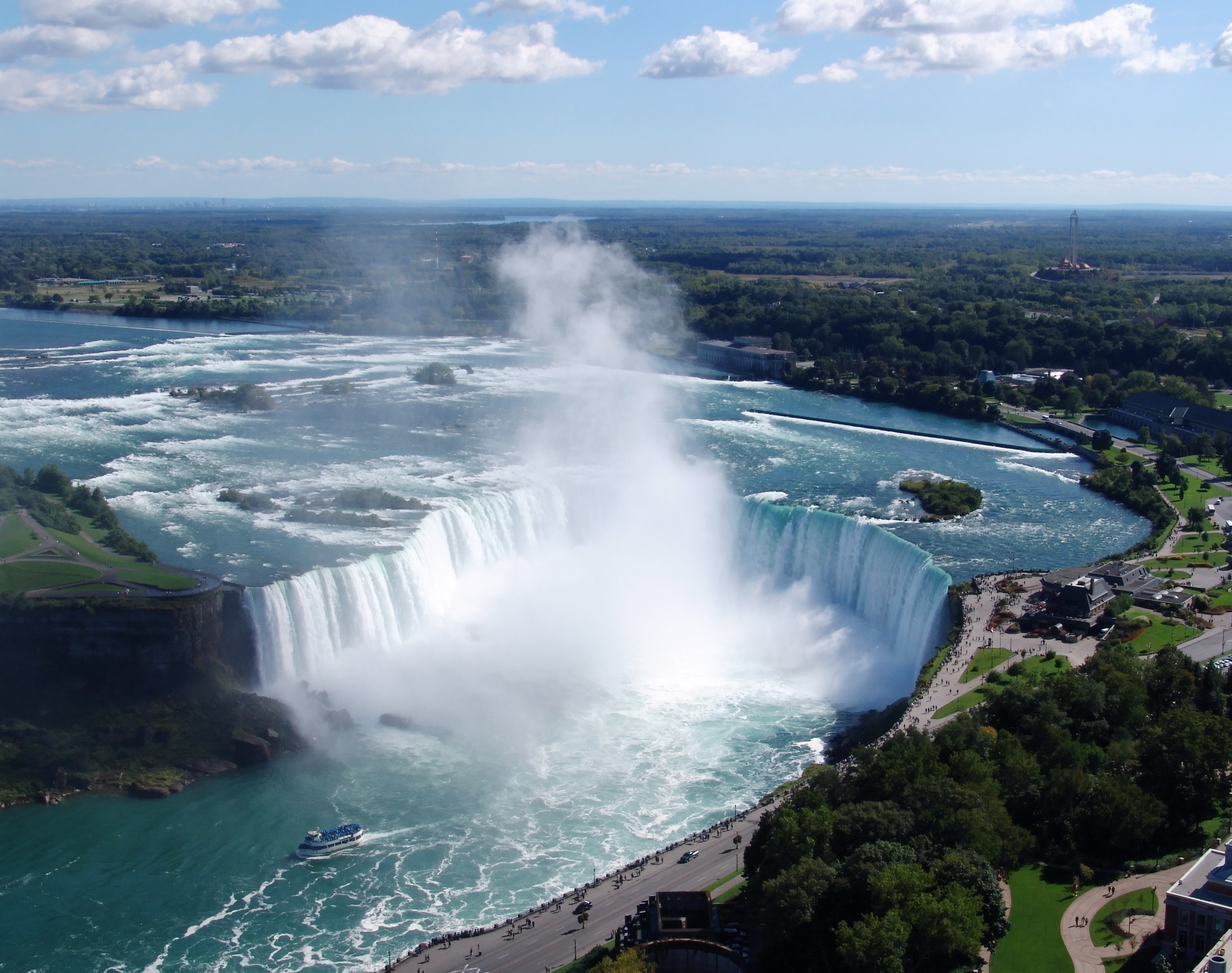 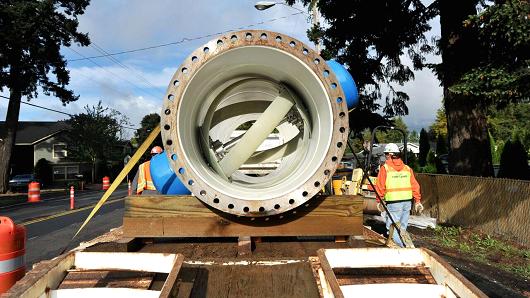 
Hydroelectric power is the most common and least expensive source of renewable electricity in the United States today. Hydropower is based on the physicl process of water flowing from a higher elevation to a lower elevation, which converts potential energy (water height) into kinetic energy (water movement). By installing turbines in this flow, the movement of the water is used to spin the turbine blades, which rotates the turbine shaft, which in turn rotates the generator to create electricity. The vast majority of hydropower is generated by large dams that block the flow of natural rivers to create a large reservoir. (See the illustration in Figure 1). Water is then released from the reservoir in a controlled fashion.

One of the best examples of controlled water release is Niagara Falls, which is one of the United States' largest hydroelectric plant and also an iconic tourist destination. The Robert Moses Niagara Hydroelectric Power Station, downstream from the falls, has a total of 13 generators at an installed capacity of 2,525 MW. Water is diverted from the Niagara River through a set of tunnels under the City of Niagara Falls to the power plant. To balance the need for power with a desire to preserve the beauty of Niagara Falls, the United States and Canada signed a treaty in 1950 that regulates the amount of water that can be diverted to generate power. The treaty requires that at least 100,000 cubic feet per second of water (approximately half the normal flow) spill over the Falls during the daylight hours in the tourist season, April through October.

Hydropower doesn't always require a large dam. Small dams, and even large water pipes, can be used to take advantage of water flow to generate electricity. With the push toward renewable, ,non-polluting sources of energy, coupled with the reduction in water flows in the West due to drought and water conservation efforts, some utilities are looking to create low-cost hydroelectric energy from pipes they already have in the ground. "Small hydropower" captures electricity by using water that flows through a pipe to turn micro turbines in the lines, or by harvesting energy from stream flows in irrigation canals and streams.

There has been controversy recently regarding the characterization of hydropower as clean energy. The conceren arises from the fact that in creating a large dam one also submerges the valley upstream of the dam and all the vegetation that existed in that valley. As the vegetation decomposes under the newly formed lake, it emits methane gas. In addition, the natural flow of the dammed river carries vegetation into the reservoir where it settles to the bottom and also decomposes. As can be envisioned, this is a bigger issue in tropical climates than temperate ones. Since methane is a greenhouse gas, and, in fact, on a molecule to molecule level, more damaging than carbon dioxide, environmentalists are calling for an all-out effort to stop developing new dams and to dismantle the ones that exist. They are particularly focused on the massive new dams being built and planned in developing countries in the tropics as part of these countries' efforts to reduce their greenhouse gas emissions. (Note: OWOE is still trying to understand the science behind these claims. Since vegetation is vegetation and will decompose at some point in its life cycle, the only way hydropower will result in a net increase in methane emissions is if the underwater decomposition process emits more methane than air and/or underground decomposition processes.)


US Dept of Energy "How Hydropower Works"


CNBC "Utilities look to turn their water pipes into hydropower"