This is a test message!
other-renewables-energy
3
Home
Energy Categories

Blog
About Us
Privacy Policy
Contact Us
OWOE - Other Renewables Energy - How is geothermal energy used to generate electricity?
US Dept of Energy - Energy 101: Geothermal Energy 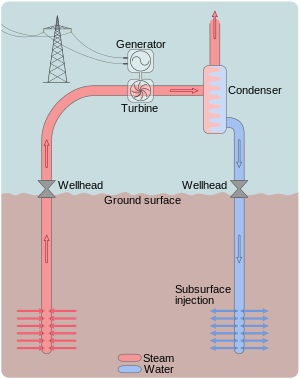 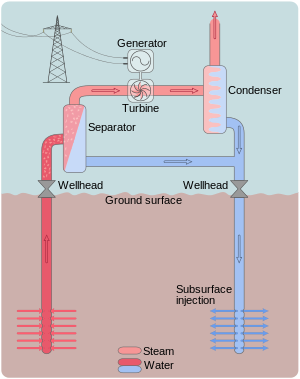 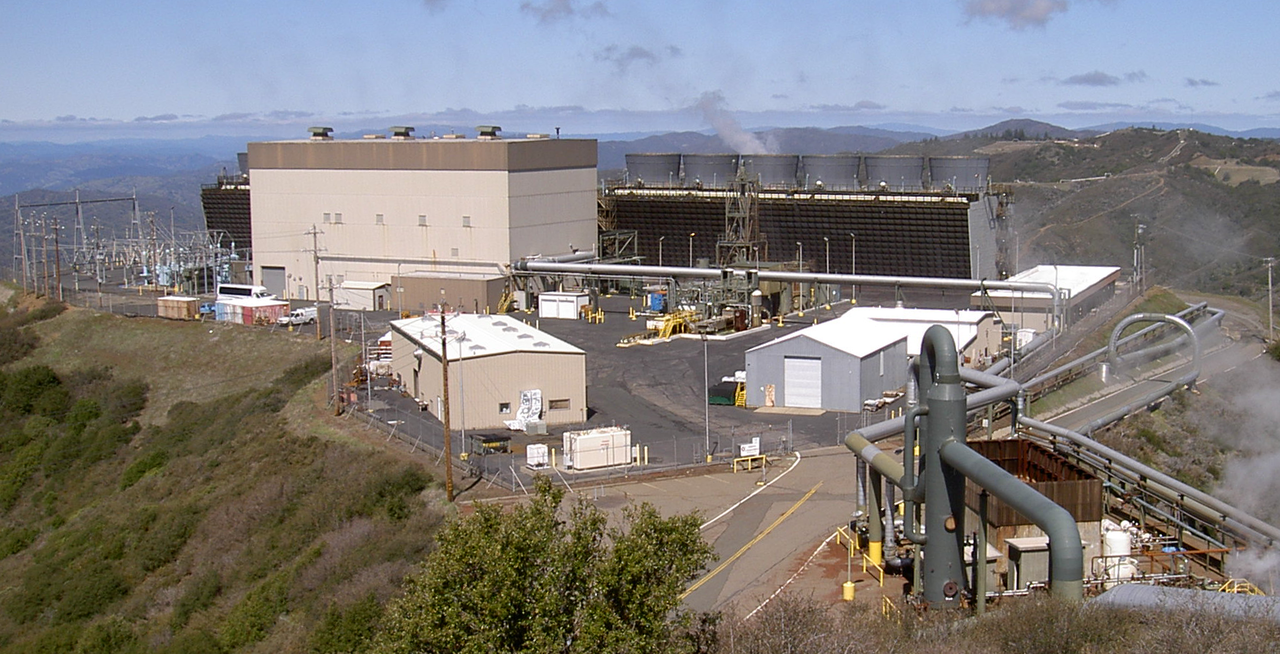 Figure 3 - Sonoma Plant at The Geysers 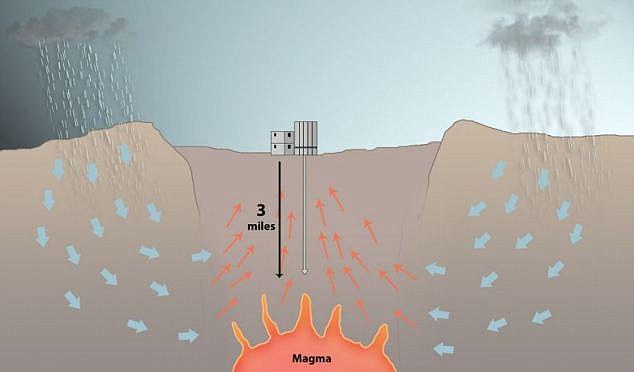 
Geothermal energy is derived from the thermal energy generated and stored in the earth. This energy originates from earth’s formation and is continuously replenished through radioactive decay of materials. With the earth's core at approximately 7200 deg Fahrenheit and under 400 deg within a few miles of the surface, there is a significant temperature gradient between core and surface. This gradient results in a continuous conduction of thermal energy in the form of heat from the core to the surface. Since the earth's crust is not uniform in thickness, varying from about 20 - 40 miles thick, there are places where the hotter temperatures will be closer to the surface. Volcanoes, hot springs, and geysers are physical manifestations of a thin crust and are ideal locations to tap into this geothermal energy.

A typical geothermal power plant taps into this heat source through wells that are drilled to a sufficient depth to access rock that is about 350 degrees Fahrenheit. Dry steam stations (Figure 1) are the simplest and oldest design, producing geothermal steam directly that is used to drive a steam turbine to generate electricity. Flash steam stations (Figure 2) are the most common in use today. These plants produce high-pressure hot water from geothermal reservoirs and dump it into lower-pressure tanks. As the pressure decreases, some of the hot water boils into steam which is used to power the turbine generator. Remaining water and condensed steam are then injected back into the reservoir, where it is reheated to be used again.

The major pros of geothermal power are:

The major cons are: The United States leads the world in geothermal electricity production with approximately 3.5 GW of installed capacity from 77 power plants. This provided approximately 0.4% of the total electrical power generation in the US in 2014. The largest geothermal field in the world is The Geysers in California (see Figure 3) with a rated capacity of 725 MW spread among 14 separate power plants. In February 2015 Kenya's 280 MW Olkaria geothermal power plant began operations as the largest individual plant in the world that will provide almost 20% of the nation's total power capacity. Kenya is among the world's most active regions for geothermal development, and geothermal power now accounts for 51 per cent of the nation's installed power capacity, the largest percentage in the world.

Iceland is pushing the boundaries of geothermal technology with the Iceland Deep Drilling Project (IDDP), or Project Thor, which has drilled a well nearly 3 miles deep into a magma chamber under the Kafla volcano which last erupted 700 years ago (Figure 4). At this depth the extreme heat (close to 800 deg F) and pressure will turn water into a "supercritical" fluid, which is neither gas nor liquid. Engineers expect the resulting steam that will be used to power a turbine to generate electricity will provide the equivalent energy of 5-10 times a conventional geothermal well. A decision on whether the project can lead to commercial development is expected in 2020.

Try an OWOE eTool!
State Solar Power Rankings
This website ranks the 50 states and the District of Columbia, from best to worst, based on their solar-friendliness.
Solar panel and wind turbine power calculator
Determine the amount of energy produced by a solar panel or a wind turbine anywhere in the world.
OWOE Platform Sizing Tool