This is a test message!
other-renewables-energy
9
Home
Energy Categories

Blog
About Us
Privacy Policy
Contact Us
OWOE - Other Renewables Energy - How does tidal energy work?
Figure 1 - The SeaFlow tidal stream generator with rotor raised (Siemens) 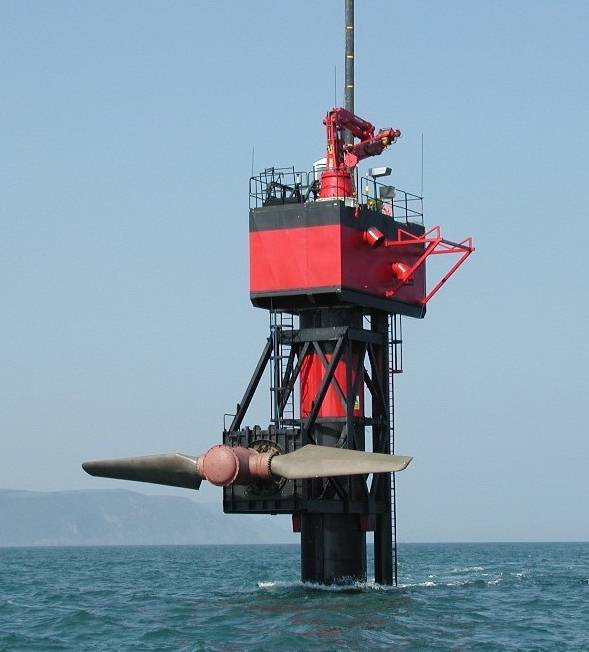 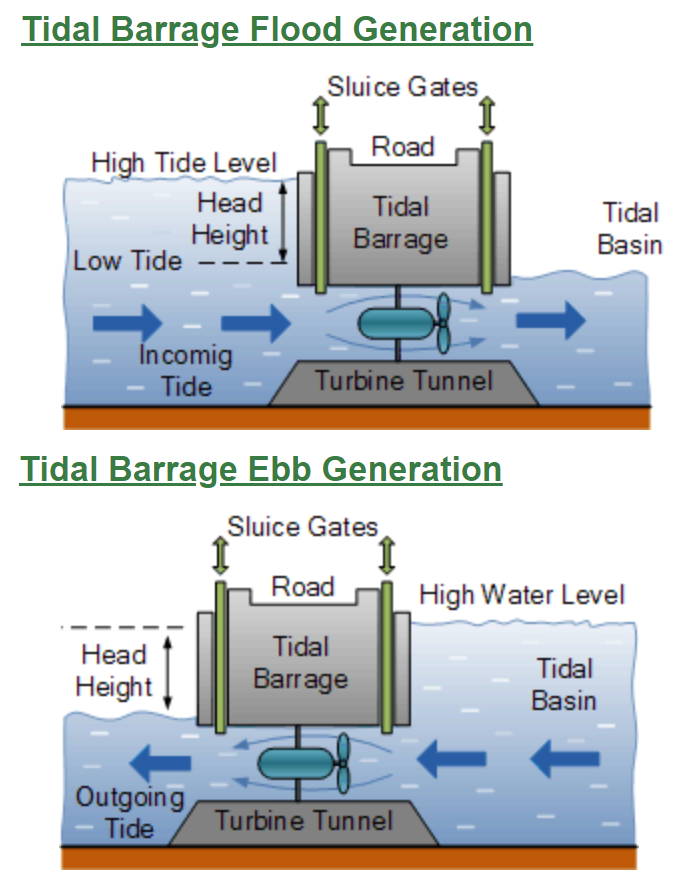 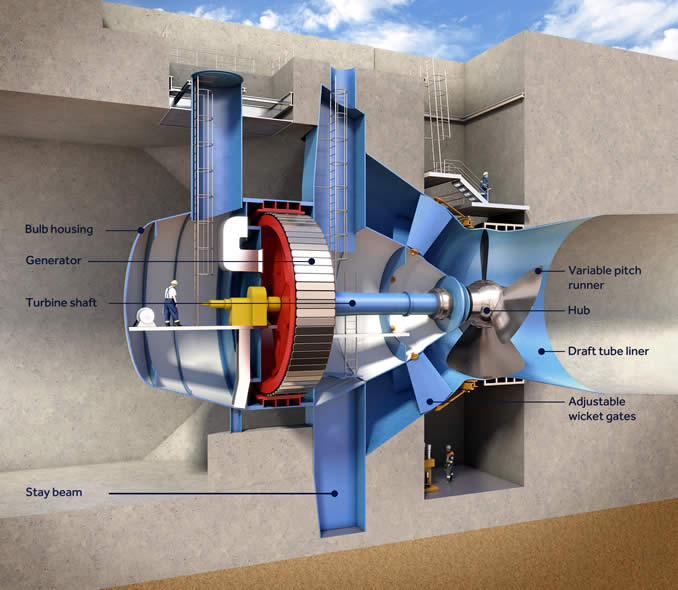 
Tidal energy takes advantage of the rise and fall of sea levels caused by the combined effects of gravitational forces exerted by the moon, sun, and rotation of the Earth to generate electricity. (See Video 1) Although there are very few operating tidal energy systems at this time, tidal power has the potential to generate significant quantities of electricity in certain areas of the world. One big advantage of tidal power over other forms of renewable energy is that the tides are very well understood and consistent. The biggest challenges are its relatively high cost compared to other forms of power generation and the limited availability of sites with the necessary tidal ranges or flow velocities. However, technological developments and improvements, both in system design (e.g. tidal lagoons) and turbine technology, are increasing the potential of this renewable energy source.

The history of tidal energy goes back to 900 A.D. when tidal flow was used to turn waterwheels to grind grains. The first modern commercial tidal power facility was the La Rance Tidal Power Station in France, which became operational in 1966. It has been operating continuously since then, producing 240 MW with every tide. It was the largest tidal generating facility in the world until the Sihwa Lake Tidal Power Station in S Korea became operational in 2012 with a total capacity of 254 MW. The Annapolis Tidal Station on the Bay of Fundy in Nova Scotia came online in 1984 as the first tidal power plant in North America. It has a capacity of 20 MW and has a daily output 80-100 megawatt hours, depending on the tides.

Even more recently, the first of two planned 2 MW tidal turbines was installed in November 2016 for the Cape Sharp Tidal demonstration project. The turbine was retrieved for inspection in 2017 and redeployed in July 2018. However, the turbine rotor stopped spinning for unknown reasons in September 2018. In a serious blow for tidal energy, the primary partner in the project declared bankruptcy while another pulled out of the project, and the Nova Scotia government ordered the removal of the tidal turbine from the bottom of the Bay of Fundy after revoking the company's licence. And the innovative Orbital Marine Power (formerly Scottrenewables Tidal Power) SR200, which was a 2MW turbine mounted underneath a floating vessel, was reported in August 2018 to have generated 3 gigawatt-hours of electricity in its first year of operation. The prototype vessel was removed in late 2018 to allow preparations installaton for the next generation of such vessel-mounted turbines, the Orbital O2 (see Figure 5) at the site. The Orbital O2 was installed offshore Orkney, Scotland and connected to the grid at the European Marine Energy Centre via subsea cable in July 2021.

There are several different strategies for capturing tidal energy: Since tidal power systems are mechanical devices that don't require boiling fluids or heat transfer, they can be very efficient, close to 80%. (See Figure 4) However, they only generate power during tidal surges which occur roughly 10 hours per day, which significantly reduces the capacity factor of the installation.

The world's first man-made tidal lagoon, with a 320MW installed capacity, was planned for a location in Swansea, Wales that has some of the highest tide differences in the world. The Swansea Bay Tidal Lagoon was to consist of a nearly six-mile-long barrier wall that would enclose a 4.5 square mile artificial lagoon to capture seawater at high tide. As the tide goes out, water inside would be as much as 27 feet higher than the water outside its walls. As the water is released, it would flow out through 26 turbines, generating electricity. This process would be reversed at high tide, allowing power to be generated for 14 hours during the day. Construction was expected to begin sometime in 2017; however, in June 2018 the UK government rejected the plan as being too expensive. It was estimated that the electricity generated would cost almost twice that from the UK's new Hinkley Point C Nuclear Plant that is under construction and almost 3 times the cost of future offshore wind farms. Without government support in the form of investment, loan guarantees and/or subsidies, the project is effectively dead.

To find out the climate impact of what you eat and drink, choose from one of the 34 items in the calculator and pick how often you have it.
OWOE Platform Sizing Tool

Design your own! - Design a floating offshore oil and gas or wind platform with the unique and innovative OWOE platform sizing tool.
State Wind Energy Facts (Interactive map)
Learn the top wind energy facts about each state by clicking or hovering on the state's map.