This is a test message!
solar-power
7
Home
Energy Categories 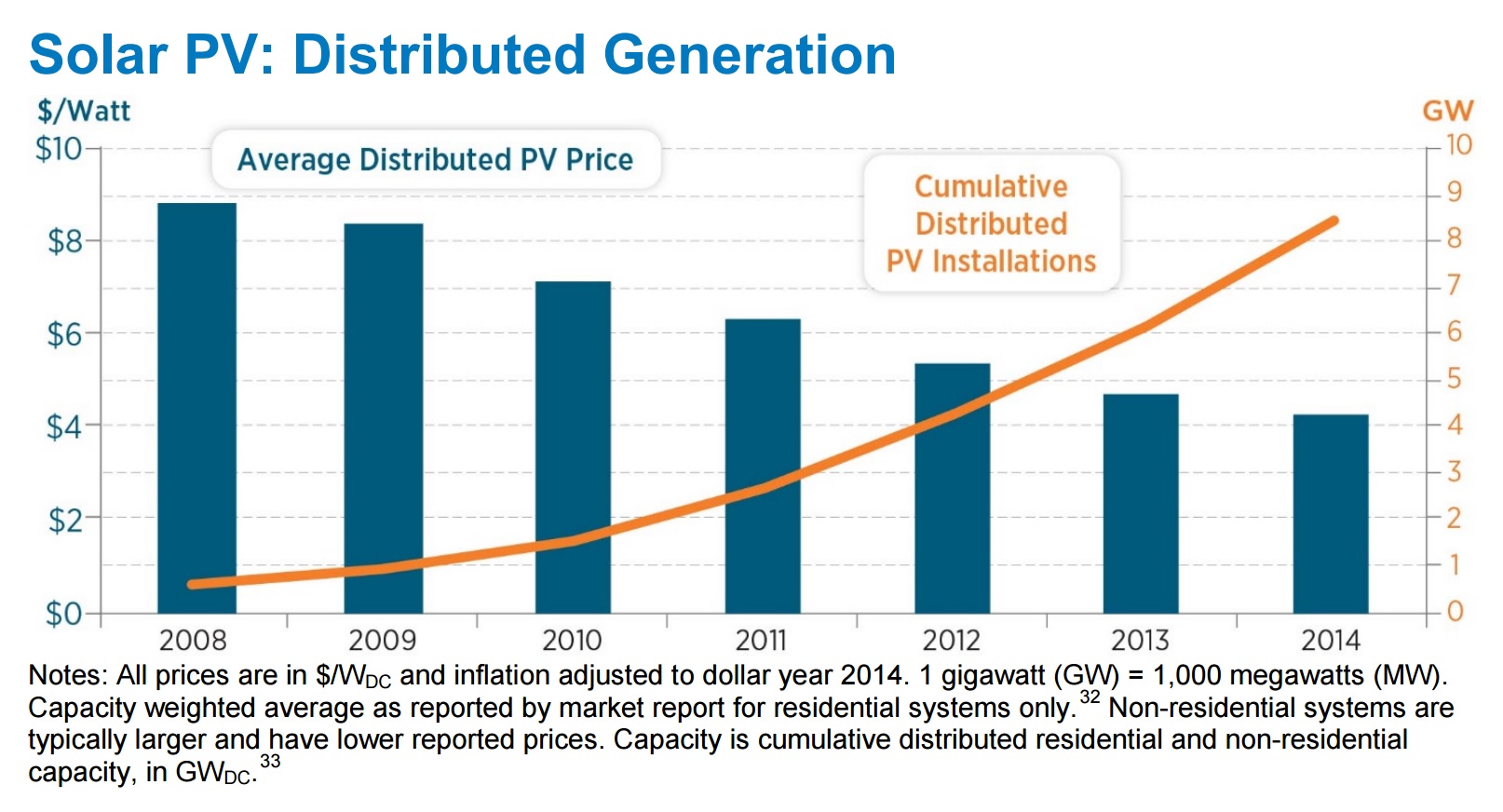 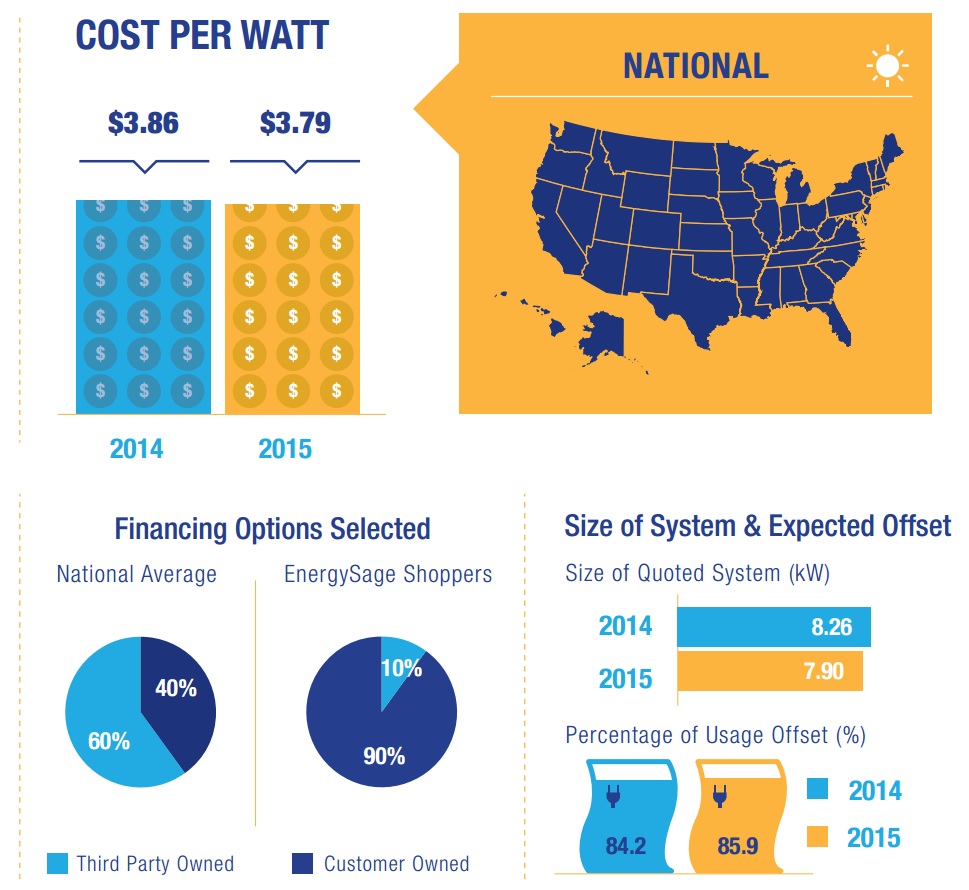 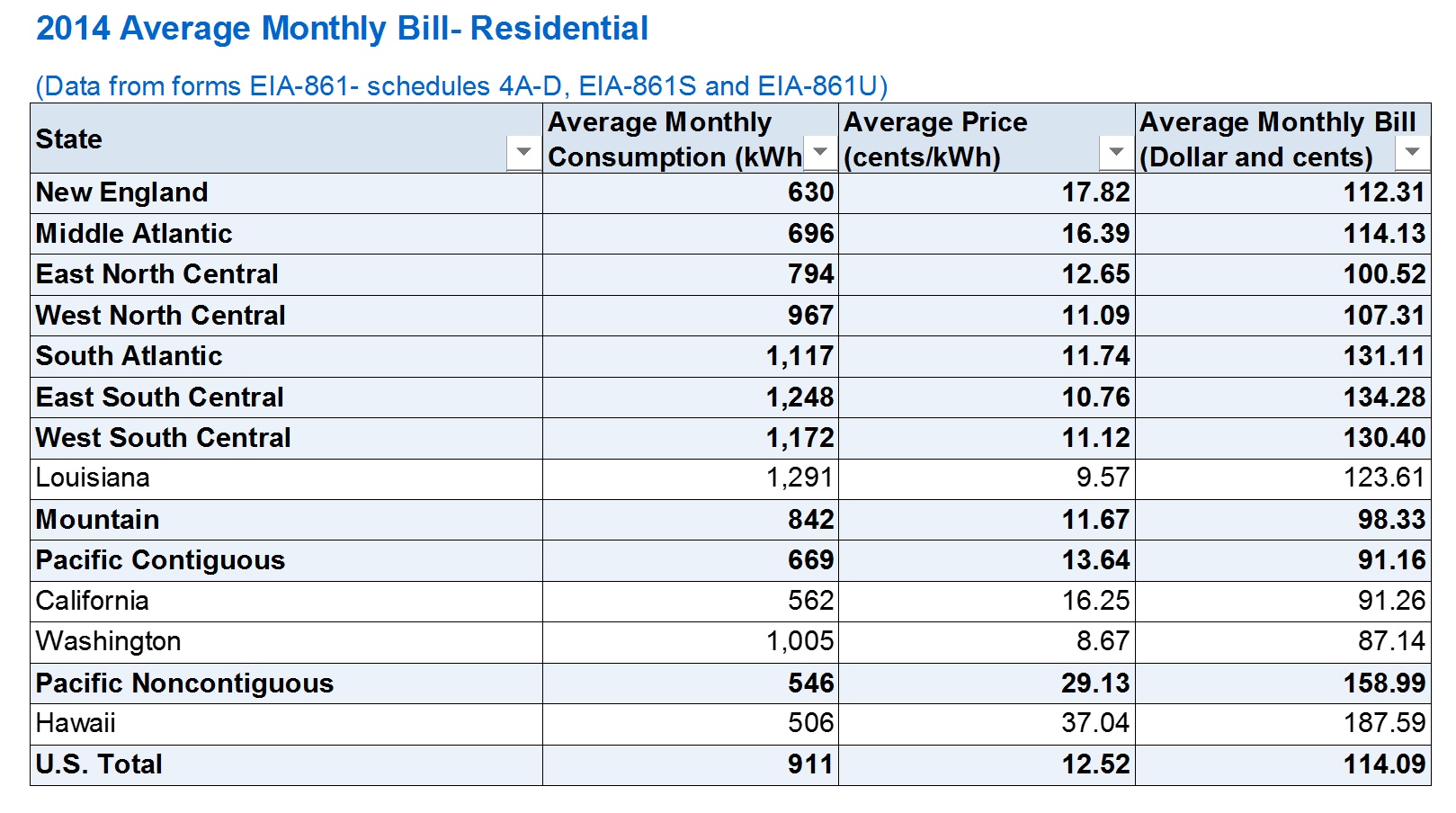 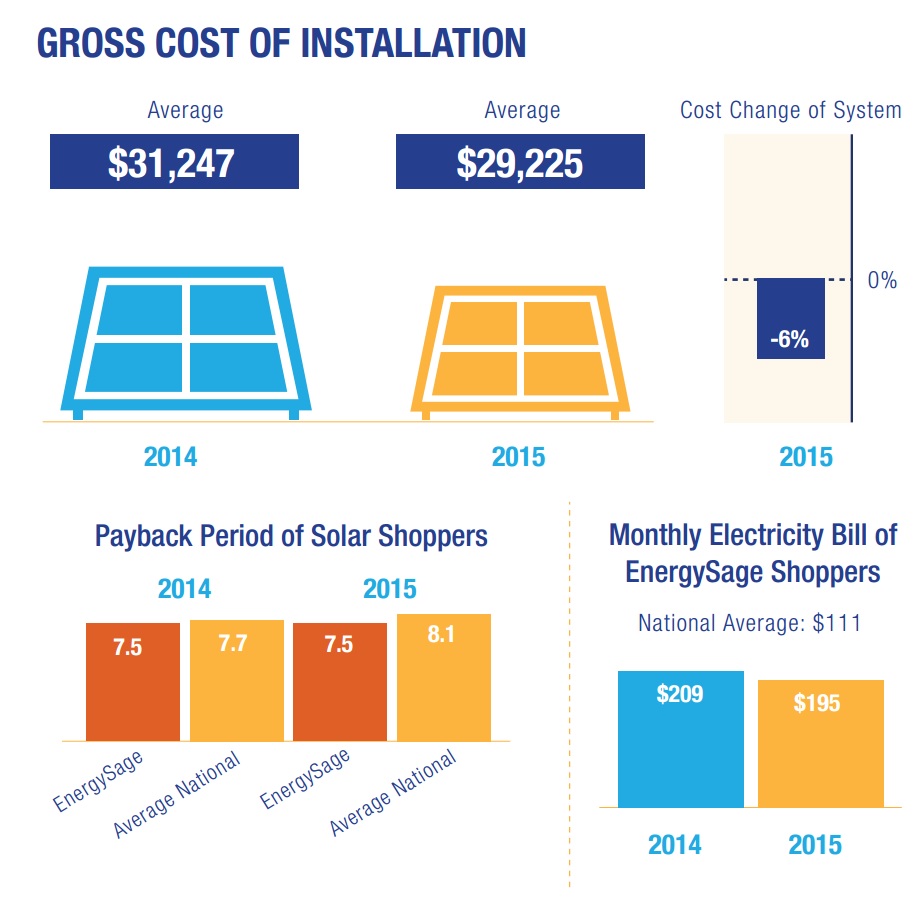 
The cost of solar panels has dropped significantly in the last several years as illustrated in Figure 1, and home solar systems are becoming very cost competitive with electricity provided via the electrical grid, particularly in states with high electricity costs. However, keys to being competitive are the Investment Tax Credit (ITC) for new solar installations and the policy of net metering:
To understand the true cost effectiveness of a home solar system, we can examine the cost and benefit of the average rooftop solar system presented in href="http://www.ourworldofenergy.com/vignettes.php?type=solar-power&id=15">OWOE: What is the average size of a rooftop solar system?. With the average home in the US using 30 kW-h per day electricity, which would require 46 panels @150W per panel for an insolation value of 5, we get a system with rated capacity of 6.9 kW. Figure 2 summarizes data gathered by EnergySage which shows the average installed cost of a rooftop solar system at $3.79/W in 2015. At this price, our 6.9 kW system would cost about $26,000. Taking the ITC drops the effective cost to $18,200.

Assuming an average rate of increase of electricity of 3% per year, a simple calculation of payback time for this hypothetical system is a little over 11 years. Of course, payback time is directly impacted by cost of electricity. The same system and usage in California with an average electricity cost of 16.52 cents/kW-h would have a payback of 9 years and Hawaii at 37.04 cents/KW-h would have a payback of about 4.5 years. While the average use in those two states tends to be lower than the US average, which would allow one to install and pay for a smaller system, the payback time for the smaller system would be the same. Figure 4, also from EnergySage, indicates that the average payback time for all systems installed in 2015 was about 8 years. A payback time between 5-11 years would seem to be a reasonable expectation before calculating details on a specific system.

Final caveats: And, finally, many companies now provide the option to install a system with no upfront cost to the consumer. The company provides the equipment, installs it, and maintains it in return for a contract to purchase a minimum amount of electricity at a fixed price over a fixed period of time. This price is usually significantly lower than the utility company's price. The company will also sell excess electricity back to the utility company to help pay for the cost of the system.

Design your own! - Design a floating offshore oil and gas or wind platform with the unique and innovative OWOE platform sizing tool.
Energy Calculators
From gallons to British thermal units (Btu), kilowatthours to megajoules - this handy calculator converts from one energy unit to another.