This is a test message!
wind-power
2
Home
Energy Categories

Blog
About Us
Privacy Policy
Contact Us
OWOE - Wind Power - How is wind used to generate electricity?
Video - US Dept of Energy - Energy 101: Wind Turbines - 2014 Update 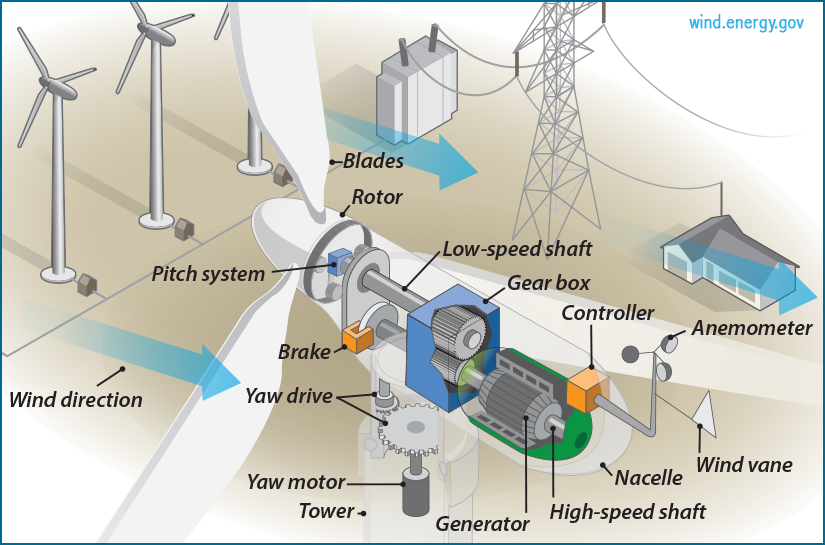 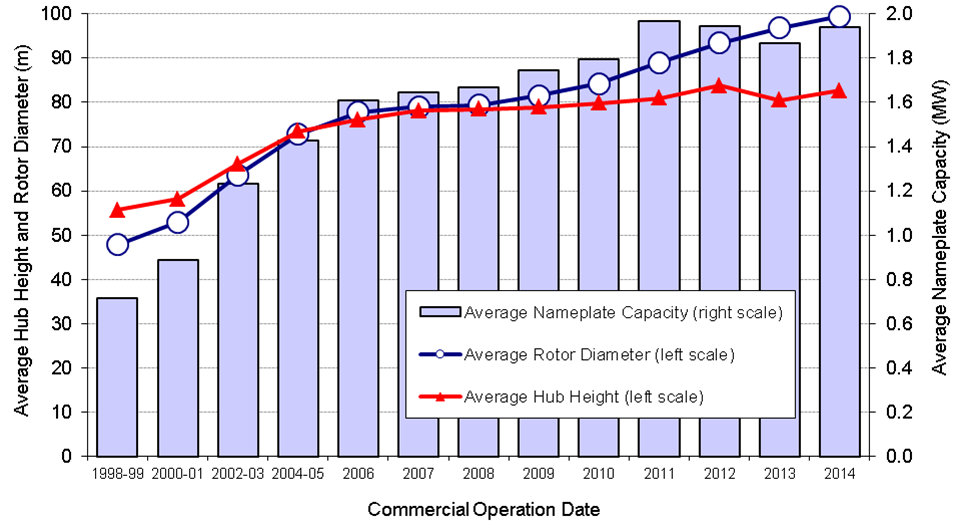 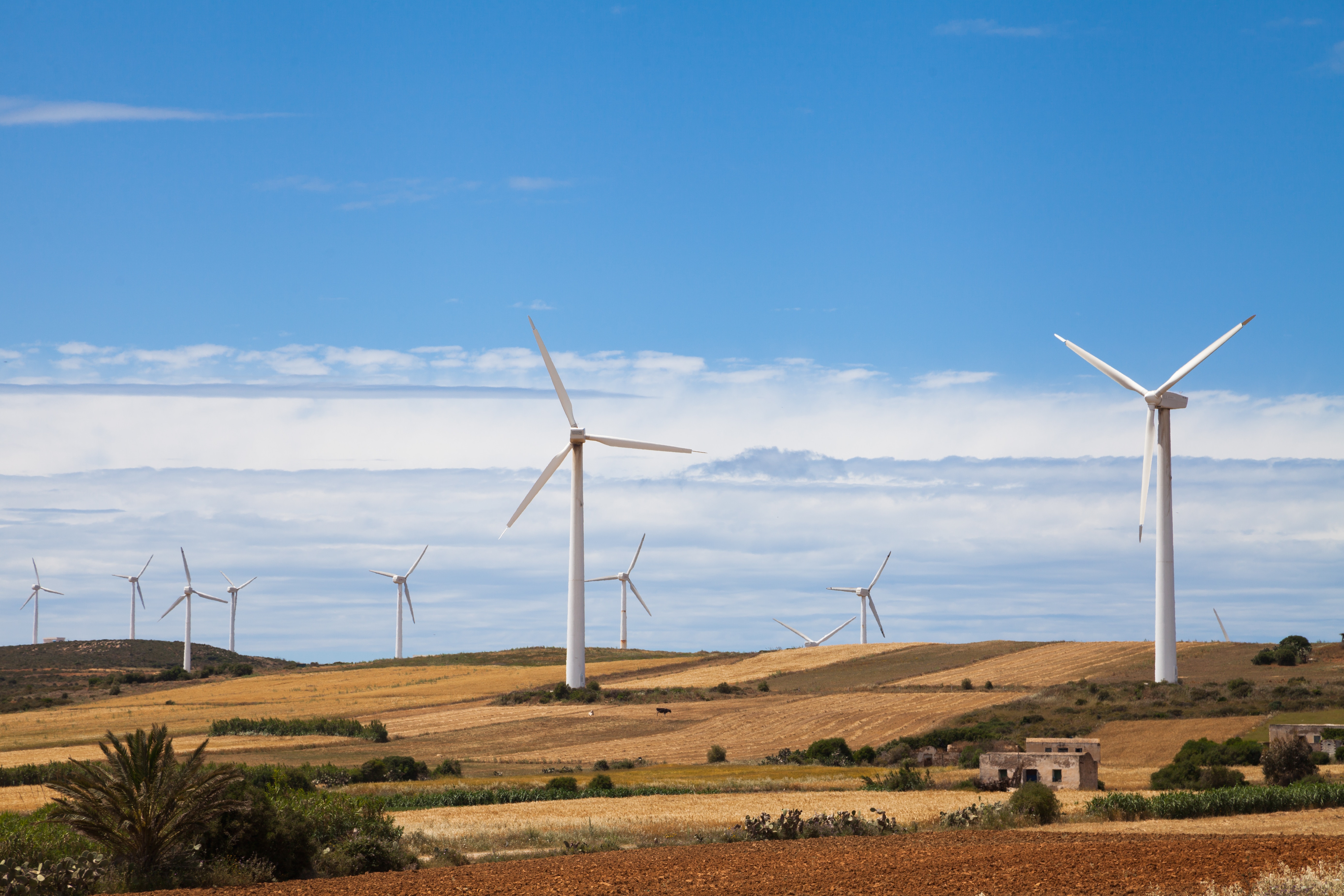 
Wind power is generated with a wind turbine which is a modern version of the wind mill, which has been used for thousands of years to drive machinery. A shaped blade, similar to the propeller on an airplane, is mounted onto a tower and aimed into the prevailing wind. The wind rotates the blade which spins a shaft inside the tower and turns a generator, creating electrical energy. Figure 1 shows a schematic of wind turbine components, and the DOE video describes how a turbine converts wind energy into electricity. Early wind turbines generated on the order of 30 kW, while modern turbines have an average nameplate capacity approaching 2 MW. (See Figure 2) Offshore wind turbines are even larger, with Siemens' new 7 MW offshore wind turbine testing in Denmark. Modern wind turbines also rotate much slower than early versions, which allows for more efficient generation, results in less wear and tear on the mechanical components for longer life, and significantly reduces the danger to migrating birds.

Utility-scale "wind farms" are a collection of wind turbines (see Figure 3) and OWOE: How much land does a wind farm require?, and can consist of thousands of turbines for the largest farms. In addition to the turbines, the wind farm consists of an underground power transmission system in the form of electrical wires, conduit, and control cables, control and maintenance facilities, and a substation that connects the farm with the utility power grid. Utility-scale wind farms are generally located in areas with average annual wind speeds of at least 10 miles per hour. Ideal locations are characterized by near constant, non-turbulent wind throughout the year, with few sudden powerful bursts of wind.

Try an OWOE eTool!
Climate Time Machine
A series of visualizations that show how some of Earth's key climate indicators are changing over time
Beyond Tailpipe Calculator

Estimate the total greenhouse gas emissions associated with driving an electric vehicle.
Wind and Solar Data Visualizations
A series visualizations that show such things as capacity, LCoE and PPA prices for utility scale solar and wind installations across the US.