This is a test message!
wind-power
4
Home
Energy Categories 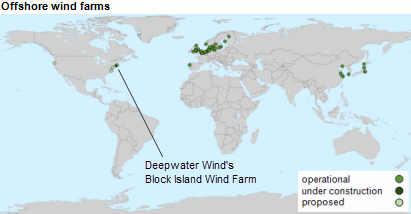 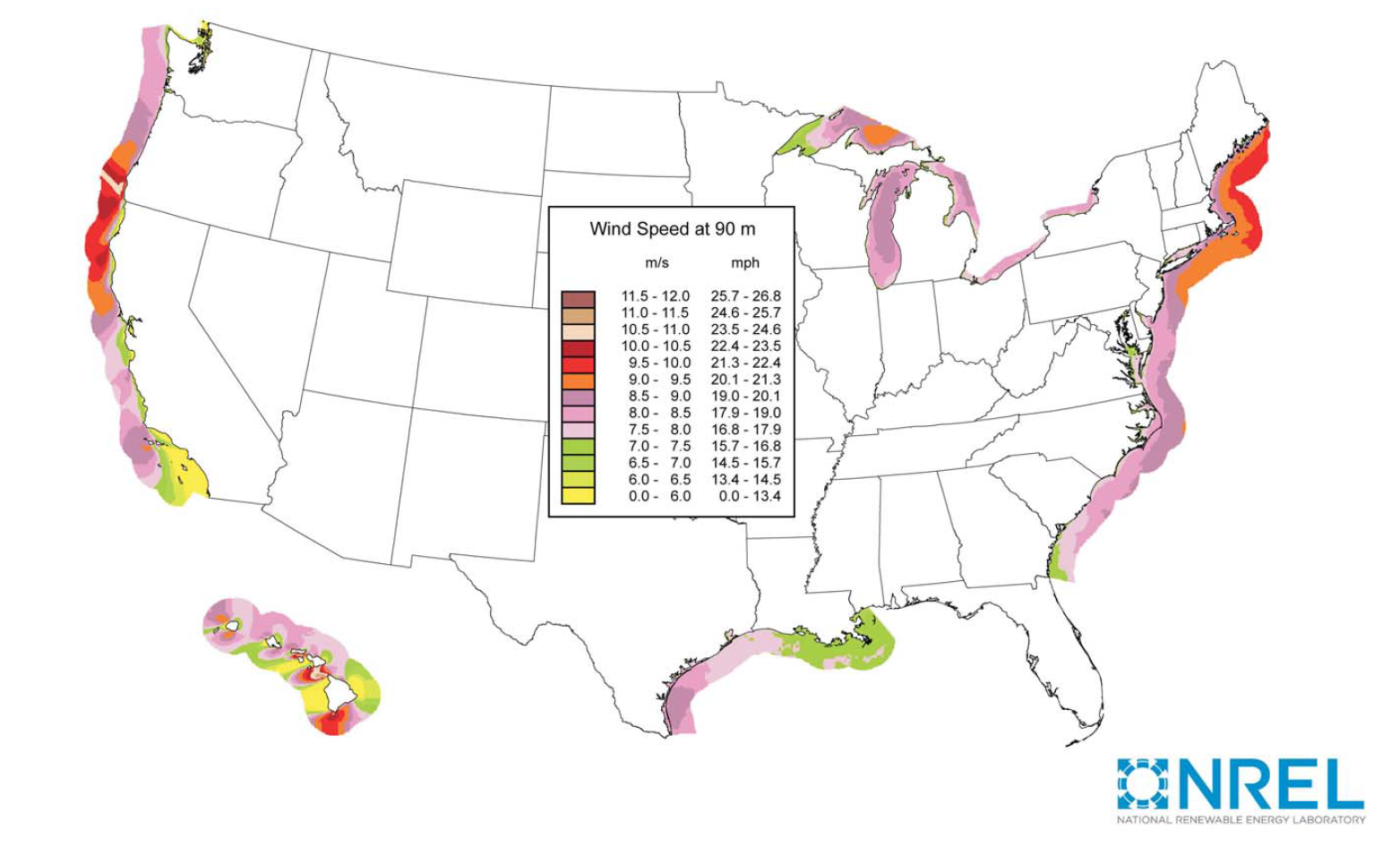 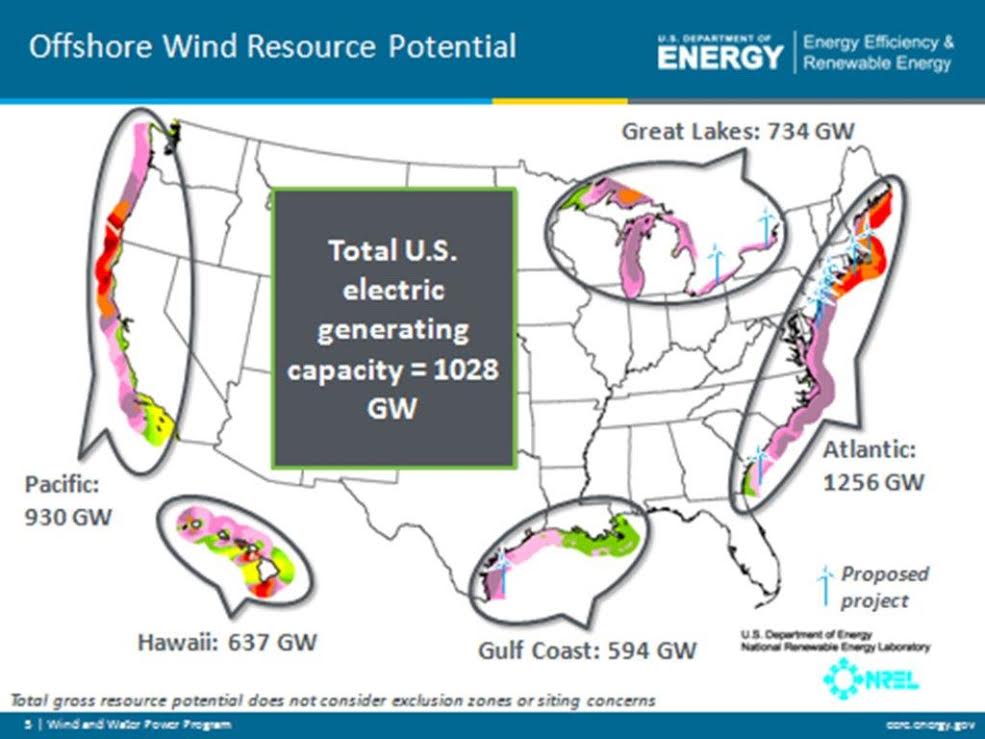 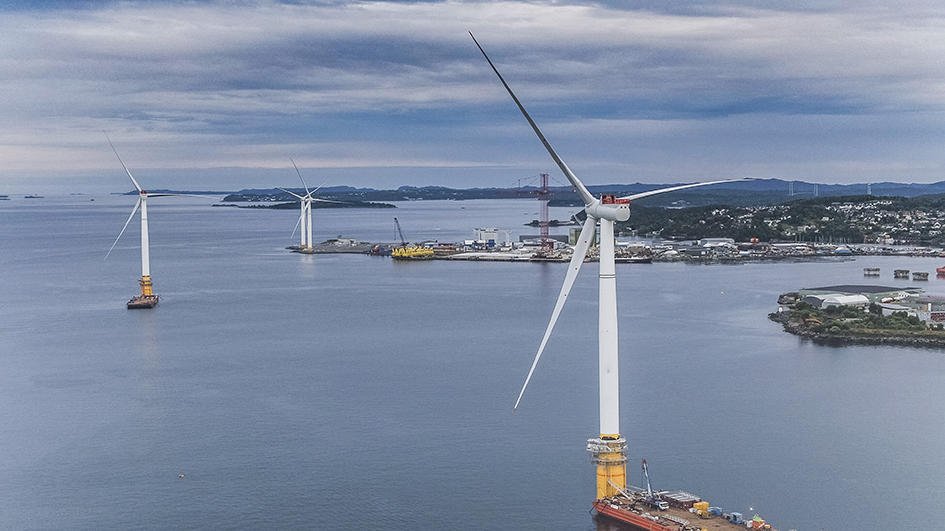 
Offshore wind farms are groups of wind turbines clustered together, but situated in coastal waters, generally considered within 50 nautical miles of land. Locating wind turbines offshore has a number of benefits:
The biggest challenge with offshore wind is cost, including the additional costs associated with the turbine foundations, advanced materials to resist corrosion, installation that requires special marine vessels, and buried subsea cables to bring the power to shore. These additional costs can be mitigated by the use of larger turbines than might be desirable onshore, which will reduce the cost per kWh.

In shallow water a wind turbine can be supported directly on the sea floor. In deeper water the turbine can be mounted on a fixed or floating platform and take advantage of technology developed for the offshore oil industry. Figure 1 illustrates the progression of turbines into deeper water.

The first offshore wind farm to start operation in the US is Deepwater Wind's Block Island Wind Farm. This is a 30-megawatt offshore wind farm located approximately three miles southeast of Block Island, Rhode Island, consisting of 5 turbines on fixed foundations. The wind farm is designed to generate over 125,000 megawatt hours annually, enough to power over 17,000 homes. Power is exported to the mainland electric grid via a 21-mile submarine cable that makes landfall in Narragansett, Rhode Island. Offshore installation began in the summer of 2015, and first electricity was generated in December 2016. Upon successful connection to the grid, Block Island was able to shut down its diesel generators which had been the only source of electricity on the island.

Offshore wind has primarily been focused on shallow water developments using fixed foundations. However, many future sites for development are in regions of the world with sharply sloped seabeds, such as off the West coast of the US and Hawaii. Offshore development in these areas will require floating wind platforms. Principle Power built and tested a prototype floating wind platform, called WindFloat for a potential site offshore Coos Bay, Oregon. The video shows the prototype project installed offshore Portugal. However, the first commercial floating wind farm, Hywind Scotland, has been developed by Statoil. It consists of 5 spar-type platforms supporting 6 MW offshore turbines and anchored in water depths between 90-120 meters. The turbines were installed on the platforms in a Norwegian fjord (see Figure 5), and the completed units were towed across the North Sea for installation offshore Peterhead, Scotland.

There are an additional 18 potential offshore wind developments in various stages of planning/permitting. Visit OWOE Amazing Energy: UMaine VolturnUS for a look at a 1:8 scale prototype offshore Maine and the first floating wind platform in the US to be connected to the grid.

To find out the climate impact of what you eat and drink, choose from one of the 34 items in the calculator and pick how often you have it.